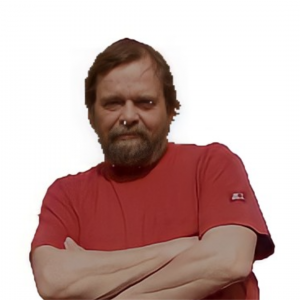 Peter Jurkovič, a blues guitarist, composer and lyricist, decided to make the first electric guitar in 1986. It was a Stratocaster and it was made in the living room. Other instruments did not take long to arrive, and their surprisingly good sound helped the author to take a major step in his life – to leave his career as a researcher at a veterinary institute, rent a workshop and start his own company for the production of electric guitars.
The company was founded under the then name Marcus in 1991. Peter rented premises in Jílové u Prahy and began, first by himself, later with one of his students and his wife Hanka, to experiment with different types of wood, shapes, varnishes and the electrical equipment of his instruments. The reputation of the company from Jílové quickly spread throughout the Czech Republic, and soon the first foreign customers began to arrive. As the number of orders increased, Petr had to stop teaching guitar at the rock school “Come to Jam” and with a heavy heart cut back on playing in several bands.
From 2003, the company went under the name Jurkovič guitars . Today, a number of domestic stars can boast of Jurkovič brand guitars and basses. Even the legendary Billy Gibbons (yes the one from ZZ Top) has one in his collection.

Peter still leads the life of an active musician. He went through bands like Bluesberry, Docet (with Mark Hlavica, with whom they later founded the famously well-trodden Žáha). Today we can see him with the jumpin’ blues band Highway 61.